one and a half. An axel isn't two times around even though most people think it is.

inside. Figure 9A starts on the right foot and you push to the left, therefore creating an inside edge.

only in certain events . You may only use lyrics in creative solo.

3. In freestyle, you may only have up to three of a specific jump. You may do less than three but may not exceed three.

figures and loops . In figures, you trace the line while also doing turns and some figures require just tracing. In loops, you can just trace the line or do the teardrops.

pairs. In pairs the man and woman do lifts, spins, and jumps together.

freestyle. Freestyle is the only one of these that you need a toe stop for, because you do jumps and spins. 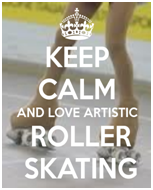 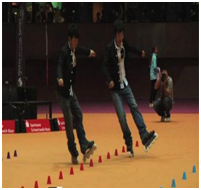 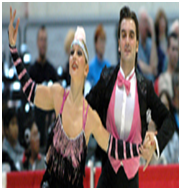