Today we’ll find out the history that lies behind the great roller skates so let's talk about roller skating and when it started:

In 1743 the first recorded use of roller skates, in London stage performance. The inventor is still unknown.

In 1760 the first recorded skate invention, by John Joseph Merlin, who created a primitive inline skate with small metal wheels.

Rest of the 19th century: inventors continued to work on improving skate design.

In 1823 Robert John Tyers of London patented a skate called the Rolito. This skate had five wheels in a single row on the bottom of a shoe or boot.

In 1857 Finally, roller skating had gained enough momentum to warrant the opening of the first public skating rinks. The Stand in London and Floral Hall had these first roller rinks.

During the late 1980s and early 1990s, the Rollerblade-branded skates became so successful that they inspired many other companies to create similar inline skates, and the inline design became more popular than the traditional quads. The Rollerblade skates became synonymous in the minds of many with "inline skates" and skating, so much so that many people came to call any form of skating "Roller blading,"and making it a generalized trademark.

For much of the 1980s and into the 1990s, inline skate models typically sold for general public use employed a hard plastic boot, similar toski boots. In or about 1995, "soft boot" designs were introduced to the market, primarily by the sporting goods firmK2 Inc., and promoted for use as fitness skates.

Other companies quickly followed, and by the early 2000s the development of hard shell skates and skeletons became primarily limited to the Aggressive inline skating discipline and other specialized designs.

Roller skating is the travelling on surfaces with wheels attached to boots. It is a form of recreational activity as well as a sport, and can also be a form of transportation.In America, this hobby was most popular, first between 1935 and the early 1960's and then in the 1970's, when polyurethane wheels were created and "Disco" oriented roller rinks were the rage and then again in the 1990s when in-line outdoor roller skating, thanks to the improvement made to in-line roller skates in 1981 by Scott Olson, took hold.

In competition skaters can enter more than one event;

Solo Dance; solo dance starts at novice and goes up to gold star. You take tests to skate in harder categories. In competition these dances are set patterns and the judges give you marks for good edges, how neat they look and how well they do turns, etc.

Duo Dance; this is where two people skate together doing the set dances. Most people skate with a partner the same ability.

Skaters are judged by the accuracy of steps that they skate when performing a particular dance. In addition to being judged on their edges and turns, skaters must carry themselves in an elegant manner while paying careful attention to the rhythm and timing of the music.

Is an individual event where creativity is emphasized. It Includes jumps, spins and choreographed movements to music.

Is a competitive non-contact sport player on inline skates. Variants include indoor, track and road racing, with many different grades of skaters so the whole family can compete.

THANKS FOR READING, I HOPE YOU’LL APPRECIATE IT. 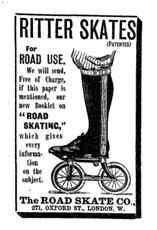 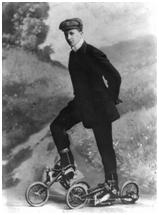 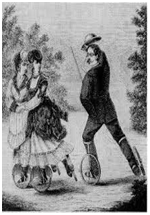