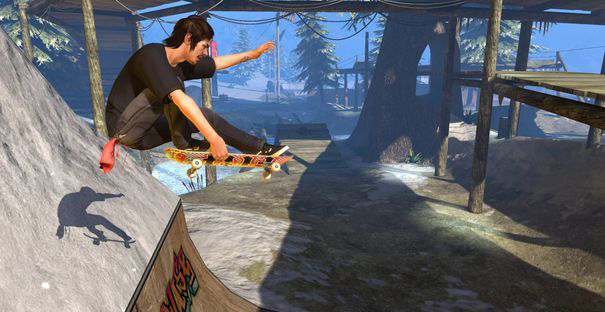 After the storm that Tony Hawk's initial console games series had, it was hard to stay on top of the wave with subsequent editions.  In fact, the slump could well be the reason for his current hiatus from the games market since 2010 and the reason for the 'Shred Session' series to be postponed indefinitely.  With his new offering back into market, the tweet on his account possibly indicates that he is going back to the original pro skater roots.

It would be hard to tell that this guy is of advanced years as he continually shreds like a rock star, ripping up any ramp he really wants to.  Never really out of the scene and therefore the limelight, he recently landed some insane jumps and so while he's hot! - why not get the release party warmed up we thinks?

There is also mooted to be a mobile version of some sort but with the tweet mentioning he's working with ActiVision, the big question on everybody's lips is, which platform will get the premiere - XBox One, PS4?

Meanwhile, Activision is keeping up with the suspense as they have yet to make any formal announcement.

Being just one of the musings out of the Tony Hawk stable, if folk don't like this THPS series in the virtual world, they can always try their luck on his skateboards and longboards in the real world.