What are the 6 most important parts of a skatepark?

The 6 most common skatepark ramps

Ramps are, of course, an integral part of skateparks. So, what are the most common ramps that you should get yourself familiar with?

A quarter pipe is a key part of most skate parks. In transition skating, a skater will start off by learning the basic tricks on this ramp as it is one of the easiest to skate on. Some basic tricks that may be learned on this ramp include a drop in, kick turn, rock to fakie and rock and roll.

Quarter pipes are loved so much because of the massive variety of tricks a rider can perform on them. They are also key for the flow of the park, as they are usually at one end of the park or connecting to other ramps creating an ability to flow all over the park and making a rider's lines longer.

Like the quarter pipe, half pipes are ideal for transition skating. This is because they are very simplistic, making them ideal for learning all the basic tricks.

Similar to spines, there are numerous ramps that can be connected to half pipes because flowing into and out of them is quite easy. Half pipes are usually one of the main parts of a skate park. Spines are loved for their ability to join ramps together with unbelievable flow and ease as well as adding more variety of airs and tricks that can be performed over them. They are usually found between half pipes or leading to quarters and banks.

People tend to use them as a quick and easy way to flow around the park and generate speed, but like a quarter pipe or hip they can be used to execute some of the biggest and hardest tricks. Because of their simplistic style they can be made any size, meaning they can prompt some rather crazy manoeuvres! 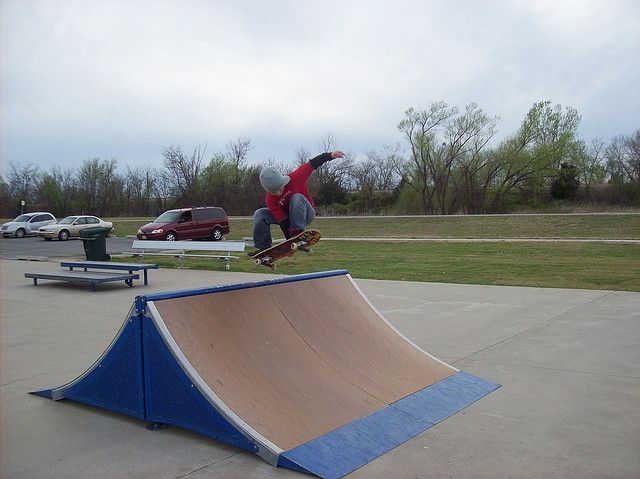 Like the half pipe and quarter pipe, people love jump boxes because they are perfect for transition skating.

They are one of the easiest ramps to air out on, meaning they can be rode by any level of rider: those learning basic skills and small air tricks to those enjoying advanced tricks. There is also the option of falling onto a flat surface rather than a slope.

Jump boxes tend to be located to the side and out of the way of the other ramps because there are usually a lot of boards, bikes and scooters flying over them. 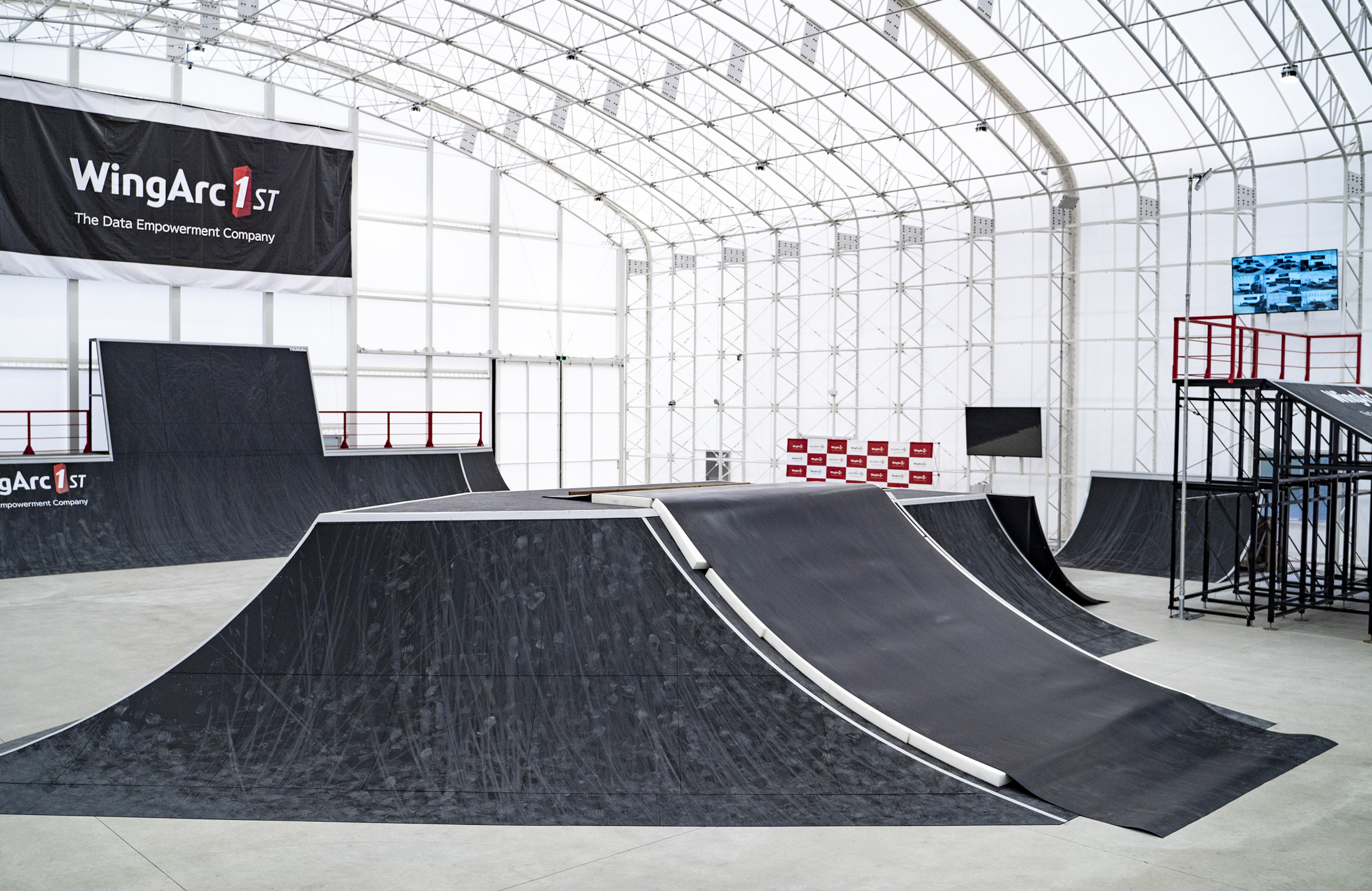 Banks are loved massively by most riders because of how simple they are to ride on. They are a key part of skate parks because they are one of the easiest ramps to generate speed on. This adds to the flow of the park massively.

Like quarter pipes, they are usually placed either end of the skate park but could be placed to the side or even in the middle depending on the flow of the park. Banks are interesting because they vary in what can be around them or added to them. 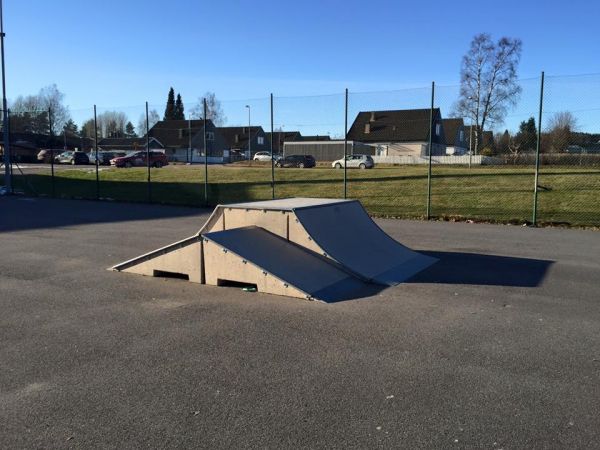 Hips are loved mainly because they are easier to air out on than normal ramps. They appear similar to two quarter pipes put together at an angle making a corner that you can skate over.

They can come in many shapes and sizes and are usually positioned to the side of skate parks.

Which of these ramps is your favourite to ride on? Is there another ramp that hasn't been discussed here that you prefer?